Peace of mind when spraying new growth in the garden

showing the Grazers story, where we are and a beginners guide for effective application in the garden. I have been mulling this over in my head for sometime wondering how to start the ball rolling without becoming overwhelmed by technicalities and costs, when along comes Ben Woolner – He is studying Adventure Media at the University of Cumbria.

Ben emailed this winter, having seen our farm web site, asking if he can make a short film about us for his course. Unfortunately we were away on holiday and he was on a deadline to complete,  BUT… before he could escape I mentioned about doing a promotional piece for Grazers and he said “no problem”. So he and his girlfriend Jessie Sumner (on the same course)  have been with us now for two fairly sunny days putting together ‘the story’.  Our friend and work colleague Sue ( who has experience in filming) is going to add the voice over shortly.

Fingers crossed in the next few weeks you will be able to view for yourselves whether all their hard work has paid off. 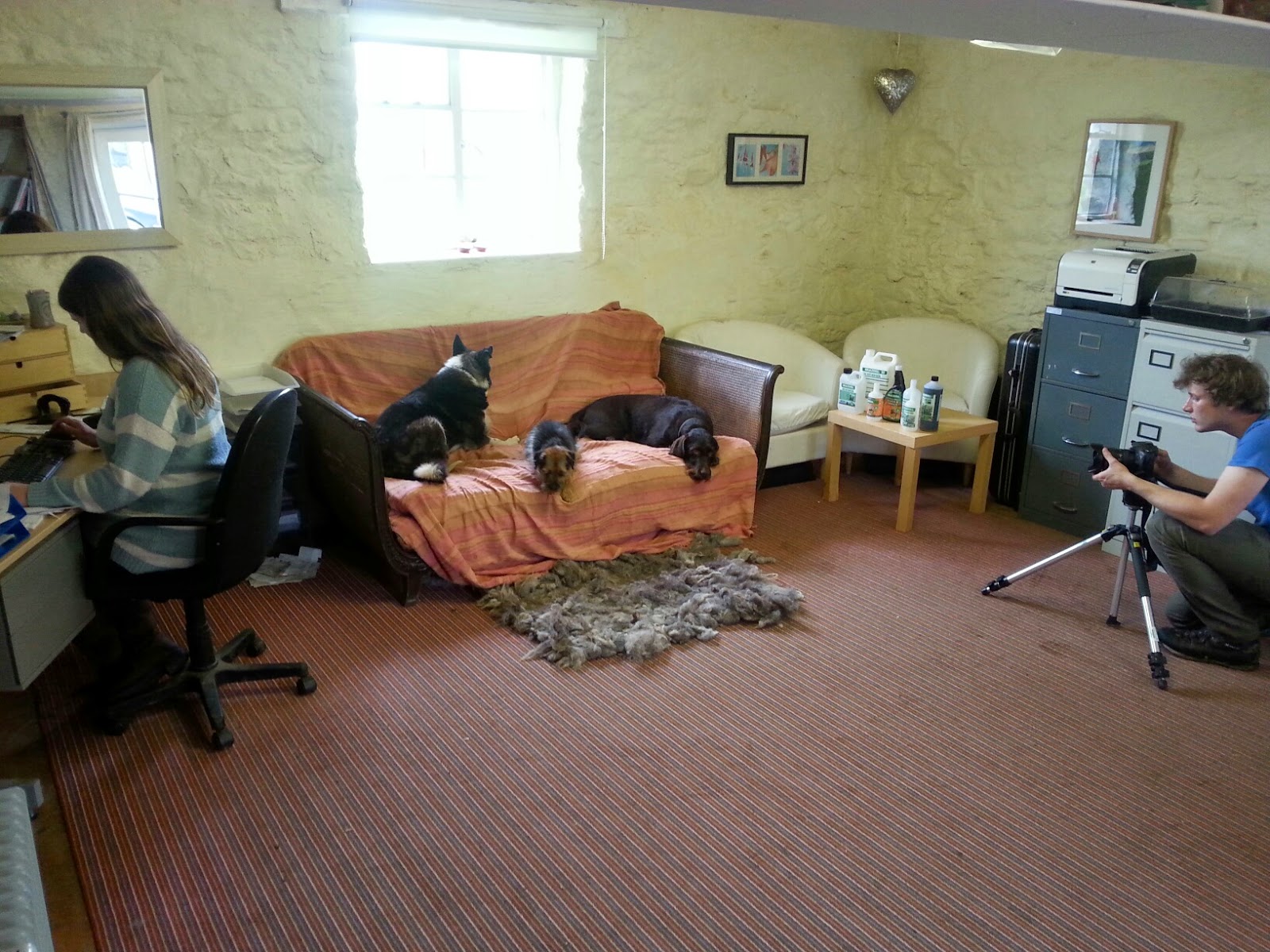 Ben and Jessie shooting our how to use Grazers guide