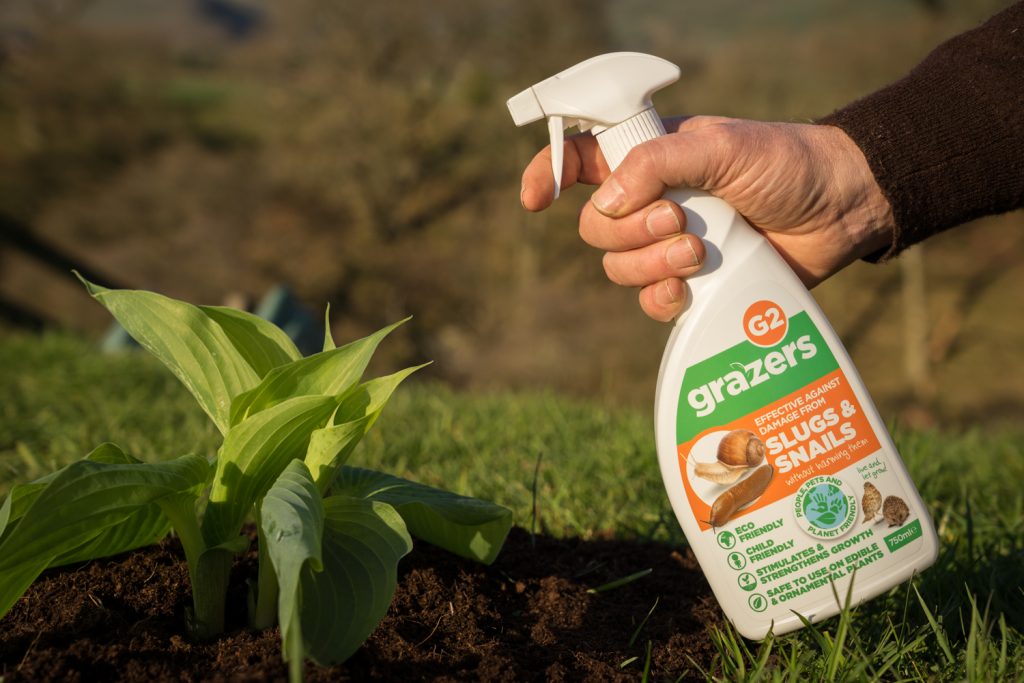 On the strength of its success with farmers and growers over the past 12 years we now produce Grazers for the garden in two convenient bottle sizes, suitable to treat small and large gardens and allotments.

At the beginning of 2012, we felt it was time to explore other major garden pests and we compiled a list of major garden and commercial pests. A few weeks later, through sheer chance (or should that be serendipity?) Jonathan met an entomologist specialising in small scale independent efficacy trials. It was decided to go ahead with some trials using an adjusted Grazers formula, aimed at the number one offender on the list, molluscs (slugs & snails). To our excitement, the first trial gave us an immediate and clear result! After tweaking the rates to achieve optimum results Grazers G2 formula was born.

There are many products on the market: some act as physical barriers and some act as baits (poisonous and organic) which attract the pest to the treated area before potentially killing it.

With the G2 formula we believe we have a unique product that combines and covers/addresses two very crucial and key elements of current horticultural and environmental issues. Using a very safe but effective formula, sprayed directly on to the foliage, not only is the plant being treated against potential damage and its growth stimulated and strengthened, but there is no detrimental impact on the soil, or to the slugs and snails which are a valuable food source for wildlife eg hedgehogs, song thrush. Thus the product has appeal for both the garden lovers who do not want their plants ravaged by slugs, and the environmentalists who abhor chemical damage to the environment and its balance.

We think that it would give those people (many of whom, like us, give thought to both issues ie. the balance of pest damage versus environmental damage) satisfaction and huge peace of mind to be able to think that they spraying plants with a safe nutritious product that is effective against damage caused by molluscs, whilst leaving them as food for garden wildlife. With this healthy balanced approach, plants and molluscs are both preserved.

“Just a note about some observations using your new spray. Earlier this week I noticed 3/4 lines of plants which had been badly eaten as they started to sprout. (No or very little leaves left) I used the last of my spray to cover them. By the end of this week most are now in 3-4 leaves and growing strong. But my radishes which are next door to these plants which I did not spray have been eaten alive now! Please can I have some more?”
S.B. Cumbria 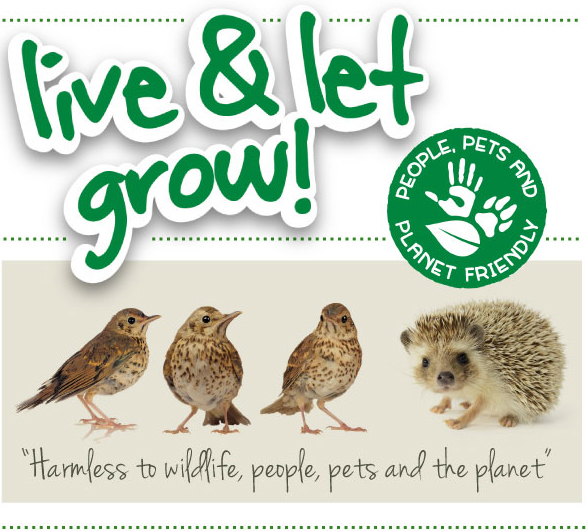 Test plants were hardened off young brassica plants (cabbage) in pots ready to plant out.