The most recent Grazers product, developed for keen growers of all lilies, including fritillaries 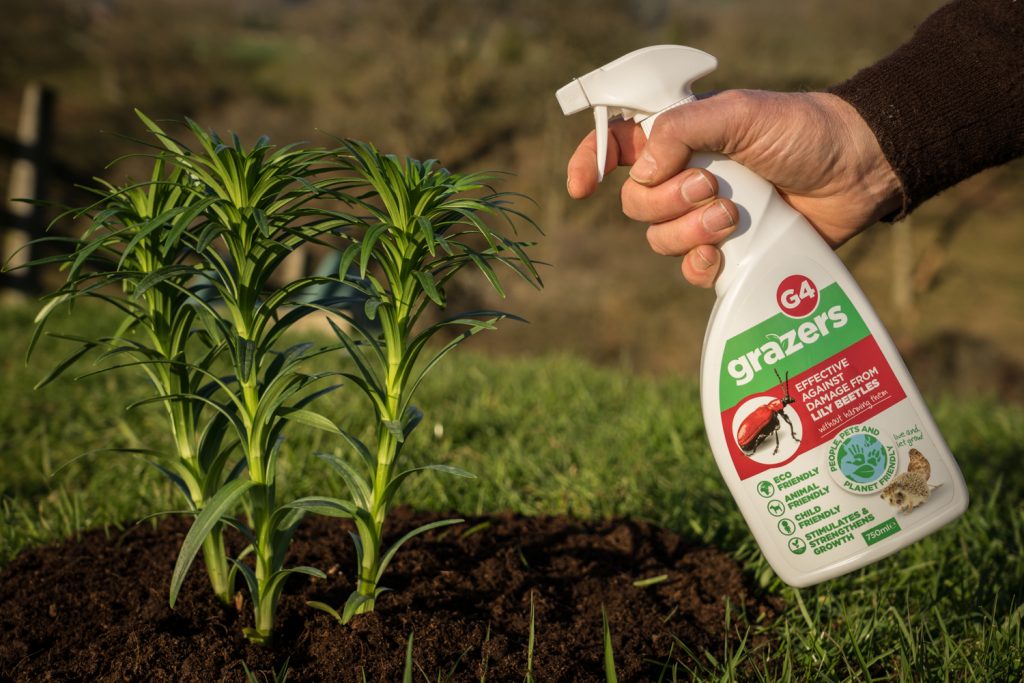 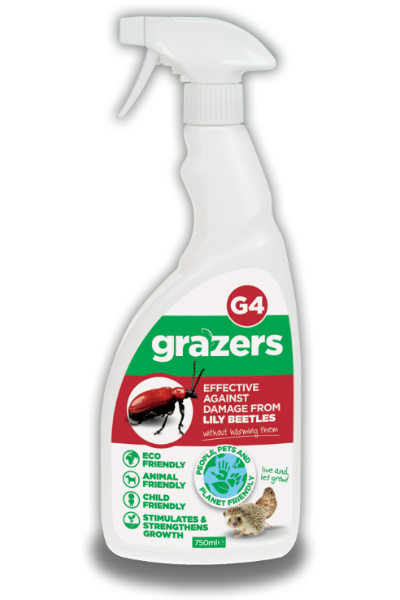 The lily beetle (Lilioceris lilii) is the number one pest of lilies. It can reduce a lily plant to nothing in just a few days. Both the adult lily beetles and the horrible grubs devour lilies – leaves, flowers and flower buds.

Adult beetles about 5-8mm (about 1/4in) long, bright red with a black head and legs emerge from the soil from late March to May, laying eggs from April until September. They overwinter in sheltered places, often in the soil but not always near lilies. Eggs are laid on the underside of leaves in groups of up to 12-15; they vary in colour from bright orange to nearly red. The grubs have dirty orangey bodies and cover themselves with their own excreta; this gives them some protection and they can be mistaken for birds’ droppings. They then fall onto the ground and pupate.

The lily beetle has now become widespread in England and Wales and was first found in Scotland in 2002 and in the Republic of Ireland in 2010.
There is little choice when it comes to control, either physically removing by hand or resort to limited range of chemical pesticides which can potentially harm other beneficial insects in the process.

G4 ECO is an easy to use spray which coats the leaf and while being effective against damage also benefits the plant due to its unique formula. When sprayed proactively every 7-10 days upon first sighting (from March onwards depending on the region and climate) plants continue to thrive, eggs are less likely to be laid and therefore larvae aren’t a problem either.
Trial results below were conducted on 15 plants in identical conditions outside with a control plot in the same area.

Control sprayed with water only 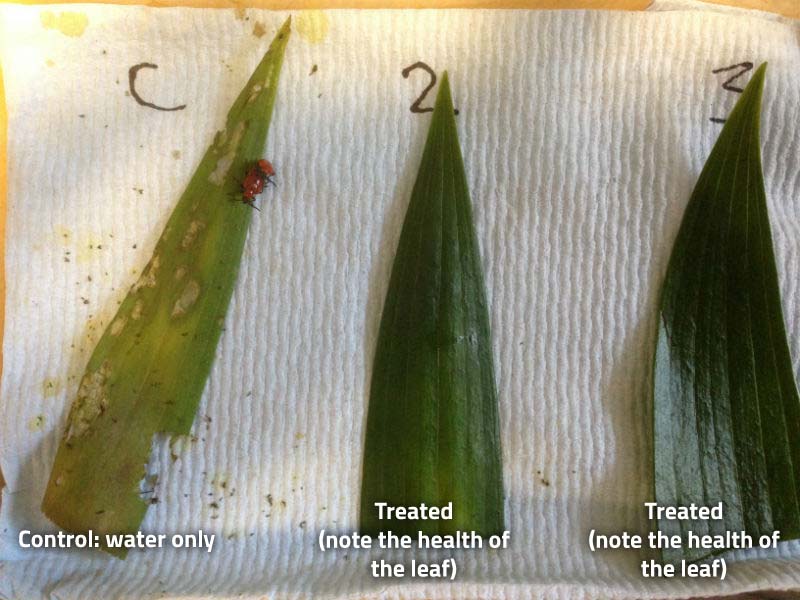 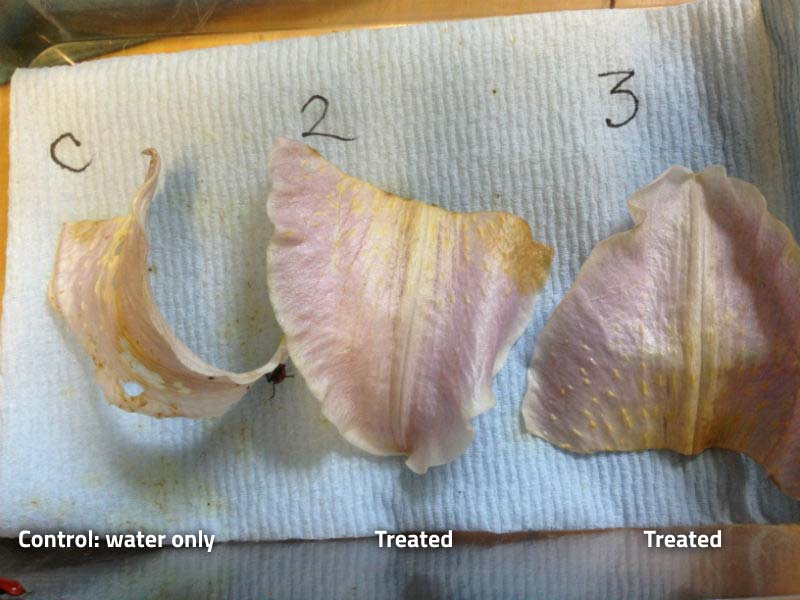 “The overall conclusion from this study is that, under the conditions described, foliar treatments of Grazers G4 formulation produced clear benefits in reducing the feeding damage of Red Lily beetle infestations to Lilium regale plants when applied at regular intervals over a 3 month period”