What is Integrated Pest Management?

What about the Aphids?

As the garden comes into bloom in early Spring you’ll start to see those foolhardy aphids become attracted to the fresh juicy saplings the plants and shrubs have to offer. For many gardeners taking pride in their growth the sight of aphids can seem devastating and the instant reaction is to get rid of them. Out come the chemicals and the harsh reality for the aphid population is death by firing squad, but is this a big mistake? 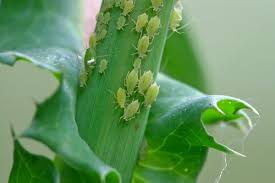 Throughout the warmer months of the year if there’s one certainty in your garden it’s that aphids will be there for some or all of the period. Those first arrivals will start laying eggs early on in the season. Later on in the warm season aphids will continue to be blown into your localised ecosystem.

The Ecosystem Relies on Aphids

Aphids themselves provide a vital source of food for many other insects that arrive during the summer, playing their own part in the circle of life. Ladybirds and lacewing larva for example both enjoy a three course aphid special when they are out to dine. The ladybirds in particular provide more attractive inhabitants that won’t deliver anything like the same type of harm to your precious flora.

Don’t Fall into the Trap

Should you decide to head straight into a mass killing spree of aphids at the start of Spring, once the first few are seen in an attempt to stamp out the problem before it begins, it could be the biggest mistake you make.

It’s a certainty that shortly after the aphids are destroyed you’ll get the arrival of the ladybirds into the garden. However, with nothing to gorge upon your red and black winged friends will quickly make their way to pastures new to find aphids to eat. Later on in the year it should be no surprise when the aphids come back.

What to do about Aphids

Instead of taking the chemicals to the aphids focus in on a strategy of integrated pest control. Accepting that some aphids are inevitable means you can attract the insects which will control their numbers and in turn control your plant growth. Plants that are tough enough to withstand aphids may be a better choice for your garden, or regular spraying with water may be enough to keep numbers down. Whatever you do, the last thing we’d advise is taking harsh chemicals to the foliage.

If you want a natural and effective solution against damage check out the Grazers G3 formula, perfect for the garden.